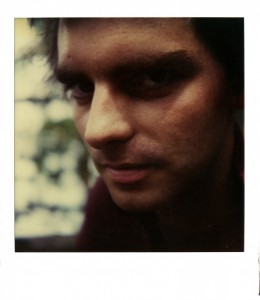 Thomas W. Campbell has taught filmmaking, sound design and editing at Hofstra since 2007 and has been a professor at other universities, including The School of Visual Arts, since 2002. He is the editor and sound designer of an award winning documentary series about artists including Chuck Close, Faith Ringgold, Romare Bearden, Jimmy and Max Ernst, Elisabeth Catlett, Red Grooms, and many others. He edited and designed the sound for the feature film Pulling and just completed co-editing the documentary Spirit Guides, about the return of craft bartending in New York City.

Thomas has an MFA from City College, where he made the award winning documentary Birth of the Sun, about the 1980’s art scene in New York’s East Village. He is a member of the National Board of Review, where he writes film reviews and has moderated over fifty post screening Q & A’s with film artists including Jim Sheridan, Oliver Stone, Julien Schnabel, Gus Van Sant, Tomas Alfredson, Pedro Almodovar, Michael Haneke, Natalie Portman, Tobey Maguire, Kristen Stewart, Josh Brolin, Ben Foster, Robert Duvall, Nicole Kidman, Catherine Denueve, Ralph Fiennes, Harvey Weinstein and Mia Wasikowska. A selection of his film writing can be read at his blog: http://twcampbell.wordpress.com. In June of 2013 Thomas will teach a three week documentary film class at the University of Yaoundé in Cameroon, West Africa.