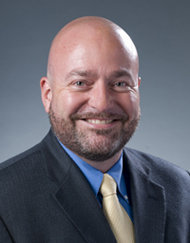 Rodney F. Hill, Associate Professor of Film in the Herbert School of Communication at Hofstra University, holds a Ph.D. from the University of Kansas and an M.A. from the University of Wisconsin – Madison. He teaches various courses in film studies, on such topics as film history, authorship, genres, and documentary film. Dr. Hill is co-author of The Francis Ford Coppola Encyclopedia and The Encyclopedia of Stanley Kubrick, co-editor of Francis Ford Coppola: Interviews, and a contributor to several other books, including The Essential Science-Fiction Television Reader, The Stanley Kubrick Archives, and After Kubrick: a Filmmaker’s Legacy.

His writing has also appeared in Cineaste, Film Quarterly, Cinema Journal, Literature/Film Quarterly, and elsewhere; and he recently served as guest editor for a special issue of the journal, Post Script, on the films of Jacques Demy. Dr. Hill has also been featured in video essays for several DVD/Blu-ray releases by the Criterion Collection, including Kubrick’s Dr. Strangelove and Coppola’s Rumble Fish. His current projects include a book-length study of the recent films of Francis Coppola, and an edited collection of essays on the cultural and scientific impacts of the Apollo 11 Moon landing.

In addition to his academic experience, Rodney Hill worked for several years in film distribution and marketing, handling theatrical campaigns for various international, independent, and documentary films, including Edward Yang’s masterpiece, Yi Yi; Chuck Workman’s The Source (starring Johnny Depp, John Turturro, and Dennis Hopper); and the Oscar-nominated On the Ropes. As an expert on film distribution, he has been quoted by CNN, The Los Angeles Times, NPR’s Marketplace, MTV News, and elsewhere.