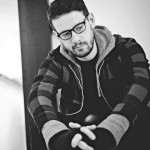 Kyle Wilamowski is an independent screenwriter, director and producer born in Michigan and based in Brooklyn. He received his Bachelor’s degree from the University of Michigan and his MFA in Directing from Columbia University’s School of the Arts’ Film Program, where his thesis screenplay received highest honors and was a finalist in the Austin Film Festival Screenplay Competition. His directorial debut feature film, Grass Stains, is currently in post-production.