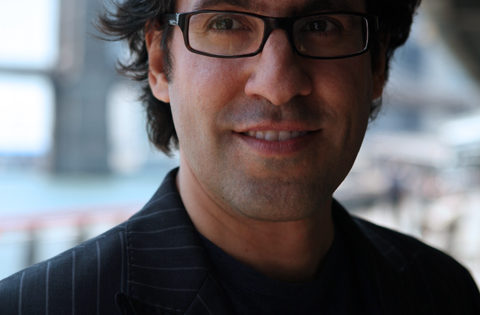 Subjects: The Art of Film Editing

George Spyros Adjunct Assistant Professor teaches The Art of Film Editing.His production company Big City Pictures creates commercials, short film content (fiction and non-fiction, for both broadcast and internet) that he in varying capacities writes, directs, executive produces and edits. He is the creator of Filmakr the only all-in-one video-making app used on projects for VH1, HULU, Amazon, Bentley Automotive and others. Peter Rojas, Founder Gizmodo & Engadget says “Don’t let the intuitive UI fool you, Filmakr is a remarkably powerful app for shooting & editing video.” George’s first feature film Last Days of May premiered and the AFI Film Festival for which he was awarded both a New York State Council on the Arts grant as well as a New York Foundation on the Arts fellowship. He is the editor of Emile de Antonio’s final film Mr. Hoover and I that premiered at the Toronto Film Festival and played Sundance. A member of the Directors Guild of America, he holds a BFA in Film & Television from NYU Tisch School of the Arts where his student thesis film featured the first on-screen appearance by Vince Vaughn.